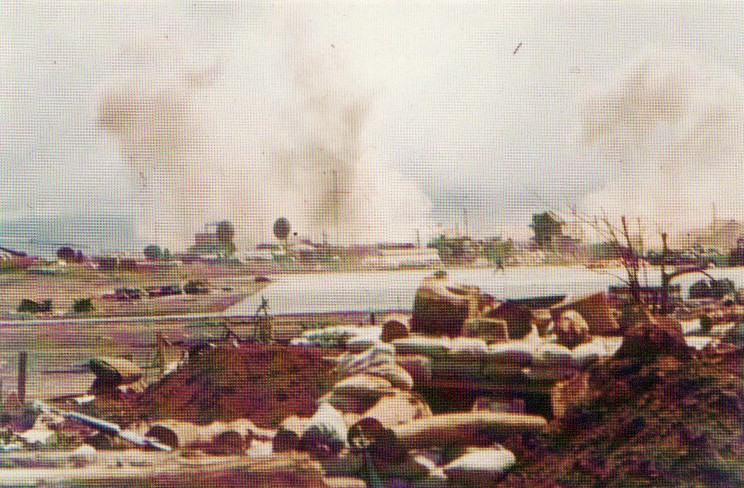 Khe Sanh was just a remote region in Quang Tri Province of the Republic of South Vietnam. The United States’ army occupied the region in 1952 and built a camp there. Later on in 1966 the US marine established a garrison adjacent to the camp. In 1967 the People’s Army of Vietnam was deployed in the area alerting the American troops on possible attacks. Americans contemplated letting go of the territory but decided to hold on after agreements between President Lyndon Johnson and General Westmoreland. One morning on the 21st of January 1968, the awaited attack was finally launched. There was controversy on the reasons behind the invasion. General Westmoreland claimed that the northern communists were attempting a siege on the northernmost regions of South Vietnam. This conclusion was drawn from a similar incident that had been earlier witnessed in 1954 at Dien Bien Phu. General Giap of the PAVN on the other hand, argued that their main agenda was to drive the US forces away from the populated areas in South Vietnam. Up to date the Khe Sanh War remains the most controversial, longest and deadly of the Vietnam War.

On the wee hours of the 21st of January, a series of attacks were launched by the Northern Vietnamese forces, they first attacked the Marines on Hill 861. Then they hit the military’s main base of ammunition by incoming artillery which destroyed most of the Marine’s supply. The third attack was launched at the Huong Hoa District headquarters aiming at the Laotian troops. The war was clearly between the South Vietnamese Militia, US Army and the Marines against the northern troops. Colonel Davis E. Lownds ordered a series of resupply of ammunition in order to keep the Marines fighting, and the only way Americans could access the area was by aircraft or helicopters. However the aircraft were subjected to anti-craft fire on approach and take off while still on air. On landing, there was also the threat of Vietnamese mortar and artillery fire. To support operation Scotland which was operating at the base, operation Niagara was launched. This operation incorporated aerial firepower into the battle. Air force, Marine Corps and Navy Pilots flew tens of thousands of combat missions releasing hundreds of thousands of explosives on the northern Vietnamese army positions around the base. The northern forces retaliated by launching attacks on various strategic hills and finally the village of Lang Vei where the Special Forces Camp was based. The attacks on Lang Vei were the worst of the Khe Sanh war, clearing the whole village from women to children. Operation Pegasus was launched on the 1st of April 1968. South Vietnamese troops approached the base from the east and south while the American troops moved in from the west to open route 9.

The End of the War

On 8th April 1968, after route 9 was finally opened declaring the lift of Khe Sanh seizure, marked the end of the war. Having lasted for a period of 77 days, 703 American and Vietnamese soldiers were killed, 2642 were wounded and only 7 missing. The northern troops on the other hand suffered great losses, an estimated number of about 10,000-15,000 soldiers lost their lives. Both sides claimed victory although the Americans retained the territory. The northern army claimed that they destroyed much of US’s combat assets that could have been used elsewhere in Southern Vietnam.